Athlete Breakdown: Who is Heather Jackson? 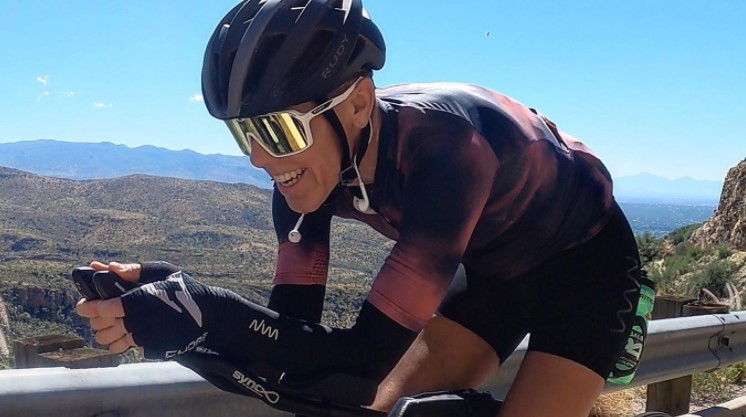 Heather Jackson is an amazing triathlon athlete. One of the best in the world with HEAPS of wins on her curriculum. Here’s her story.

Jackson won the Wildflower Triathlon for the third time in a row in 2014. At the Ironman 70.3 World Championship in 2014, she could not maintain her year-over-year progress and finished 13th. In November of that year, she competed in her first full-distance triathlon, finishing third in Ironman Arizona.

Heather came within three seconds of completing a four-peat at the Wildflower triathlon in 2015. She then competed in Ironman Texas, finishing in a disappointing 11th position. She bounced back to win her first full iron distance race in Ironman Coeur d’Alene, overtaking Amanda Stevens and Kim Schwabenbauer after an 8-minute deficit in the swim. The 2015 race at Coeur d’Alene was scorching, and it started an hour early owing to the heat.

Despite starting the race in 14th place, Jackson finished sixth in her Ironman World Championship debut. She won Ironman Lake Placid on July 24, 2016, in a female course record time of 9:09:42.

In September, a revitalized Jackson met with Jakobsen in person for the first time. The two devised a plan to travel to Florida.

She said: “An entire reset mentally in terms of confidence, how my mind was thinking, how I was thinking about racing, my training – on top of obviously making some shifts in what I was doing for training. It was crazy to even in those first few calls with Frank, and then we had the opportunity to meet with him in person in September up in St George. Yeah, it was like we’re all in; we have nothing to lose at this point.”

“With the cancellation of Kona in August, I wasn’t sure what to do, really. I was in that hole that I was mentioning. I suddenly felt rejuvenated, and I wanted to go after one more. We looked at the remaining calendar and saw Florida and said, ‘we’re all in.'”

Heather went all in to make the idea a success with the help of her husband Sean ‘Wattie’ Watkins. “So, the last seven weeks since mid-September was basically all in, following Frank’s guidelines,” explained Heather. “We treated IRONMAN Florida like we treated Kona in the past. Seven-hour rides every week just so we could practice the nutrition aspect – which has been a huge shift. Just every little thing.”

Now that Florida is behind her, Heather can look back on what she’s accomplished and look forward to even bigger things in 2022.

Heather Jackson as a Younger Triathlete

Heather Jackson began playing ice hockey and soccer at six while attending Phillips Exeter Academy in Exeter, New Hampshire. Despite her desire to play both sports at the university level, she would concentrate on hockey and serve as a two-time captain for the Princeton University women’s team. After trying out for the team, she was invited to train with the contenders for the under-22 national ice hockey team. Still, unfortunately, she didn’t make the roster.

Jackson returned to the United States after a year abroad. She participated in the July 2007 Ironman Lake Placid as an amateur age grouper, finishing 10th and qualifying for the Ironman World Championship. She was hired to teach 9th-grade global history at the Harker School in San Jose, California, in 2008. She joined Team Alcis, an elite age group triathletes club, and began training there. As an amateur, she qualified for the Ironman World Championship for the second time, winning the 18-24 age group category. However, she grew more active in track cycling and was selected for the USA Olympic squad and trained with them in Los Angeles.

How Old is Heather Jackson?

Heather Jackson was born April 24, 1984, making her 37 in 2022. Jackson was always athletic from hockey and soccer. Jackson earned a degree in political science and East Asian studies from college in 2006. In 2007, she moved to Chiang Mai, Thailand, to teach English at a private school. She met other people training for Ironman Malaysia and competed in the Ironman race alongside them.

How Tall is Heather Jackson?

Heather Jackson has a variety of sponsors, including Wahoo Fitness, Hoka, IRC Tire, Herbalife, Argon 18, and Bike Law, to name a few. Jackson said in an interview, “My Wahoo KickR is absolutely instrumental in my training and preparation in triathlon.”