Athlete Breakdown: Who is Lucy hall? 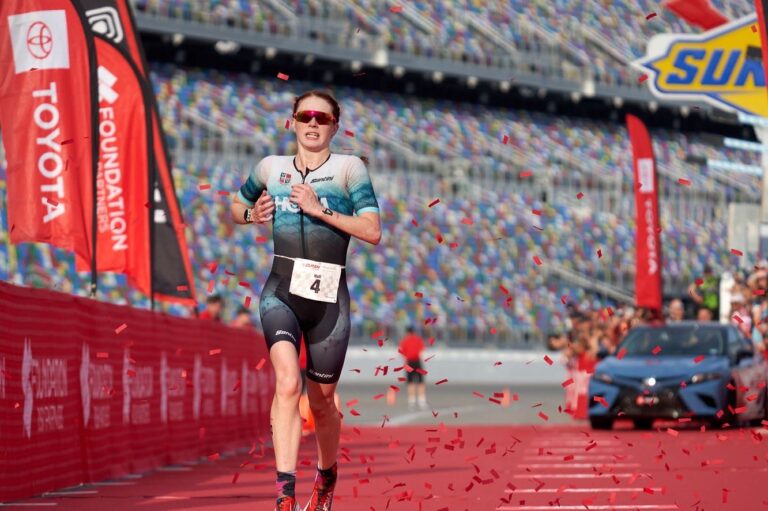 Lucy Hall, also known as, Lucy Buckingham, is a professional triathlete primarily focusing on the Olympic and half ironman distance. We’re hoping to see her attempt the Ironman distance someday!

Lucy hall is primarily known for its incredibly fast swim times and strong biking skills. As she says herself: “A lot of people would say my swim is my strength. But I think my strength is the combination of swim and bike.”

As of 2022, she is ranked nr. 23 in the world by the professional triathletes Organization. Lucy says that her ultimate goal in triathlon is: “I think the pinnacle of my sporting career would be to represent and win an Olympic gold medal for my country. But to win at a world championship would be amazing.”

Lucy recently made a strong comeback into the triathlon scene following her Olympic participation. There were no significant positions from 2013 to 2020, but in the year 2021, she took to the podium eight times! Three wins, three second places, and two third places. All incredible performances.

She was also the youngest member of the British triathlon team for London 2012, where he placed 33.

All and all, an excellent year for Lucy Hall Triathlon was. She recently told tri247: “It’s been one of my most consistent seasons in terms of my results and reflecting where I am with my training. I’m progressing well in training, happy with the way sessions have gone, which has been reflected in races, which is really cool.”

In another interview, she even told tri247 that she considered quitting her triathlon career. We’re glad she didn’t! “Definitely. Last year was a tough year for me. I genuinely considered quitting and retiring from the sport. It was a real tough year with the pandemic, financials, and things like that, as it was with a lot of athletes.”

Luckily we’ll stell so much more to Lucy in the 2022 season. Se says:

Last race of the season done 🙌. Prep for @CLASHENDURANCE Daytona was slightly rocky, so a podium finsh 🥈totally surpassed any expectations I had.Lead the race for 3hr 30. got caught with 2mins to go. Just shows, that races can/will go down to the wire. Fuels the fire for 2022! pic.twitter.com/YmMD2qI9Jr

How old is Lucy hall?

Lucy Hall was born on February 21st, 1992, which as of 2022 makes her 30 years old. She was introduced to triathlon by her dad when she was eight years old, where she competed in triathlon races for kids. She also joined both swimming and running clubs to improve her triathlon performance.

How tall is Lucy hall?

Lucy was selected to compete in the European Youth Championship in Italy, Finland, and Spain, where she won a gold and bronze model. Later, in 2009 she won a bronze model in the youth Olympic festival in Sydney.

Lucy had her first debut as an adult in the ITU world triathlon series in 2011. But intuitionally, she DNF’d on the bike. However, she then went on to win gold at the Pontevedra ETU Triathlon European Championships junior mixed relay 2011 and silver at the Limerick ETU European Duathlon Championships 2011.

In 2015 she was a part of the ECS triathlon team; she was nicknamed “la Sirène” which means “The Mermaid” in french, which of course refers to her incredible abilities in the water. In July 2015, she won the European U23 Triathlon Championship.

As of 2022, Lucy is also sponsored by HOKA ONE, the running brand we all know and love.

Lucy has her own website. But she is also quite active on both Instagram and Twitter. You can also view Lucy’s Halls results at the professional triathletes organization.