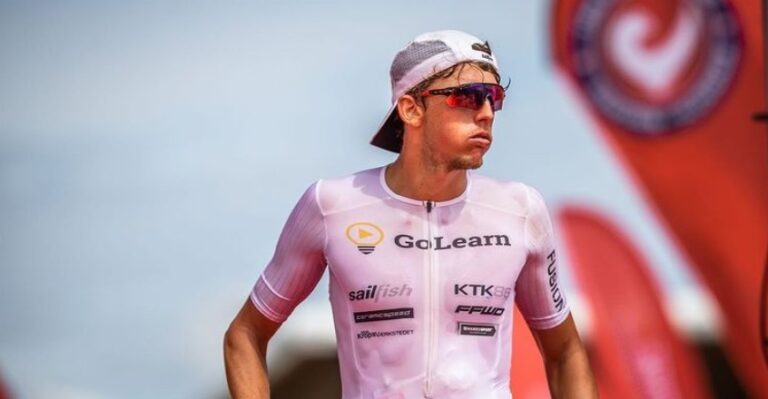 Magnus is a danish professional triathlete who became interested in the sport by, among other things, watching the Ironman Copenhagen bike section at Geels Bakke with his family.

The first professional triathlon victory for then 22-year-old Magnus Ditlev became a reality on September 6, 2020, at the IM 70.3 Gdynia. Famously Patric Lange, the former Ironman World champion in 2017 and 2018, went to Magnus and said, “Who the fuck are you?” with an evident smile. Cementing himself as one of the up-and-coming stars of the long-distance triathlon scene.

Magnus’s ultimate goal is the become the Ironman World champion.

How old is Magnus Ditlev?

How tall is Magnus Ditlev?

Magnus Ditlev as a young athlete

“I started triathlon after my family and I had stood on Geels hill for several years in a row and cheered on the athletes at Ironman Copenhagen. The euphoric mood at the top of Geels hill and the respect around all the participants fascinated me, which is why, as soon as I got old enough, I signed up for my first Half Ironman.” Magnus said.

Magnus won his age group at the Ironman 70.3 European Championship in Elsinore in 2018. He planned his professional debut in 2019, but unfortunately, he crashed with a car and broke his collar bone and right arm just before his debut at Mallorca.

Magnus said: “The doctors said, there is no way you can come competitive in the future. I remember when they told me I was in the hospital bed, and everything went black. When the doctors left the room, I thought, That is not true!”

What did Magnus do? He shortly after found a stationary bike and

If you want to follow his results, you can keep yourself updated on his page at the professional triathletes organization (PTO).