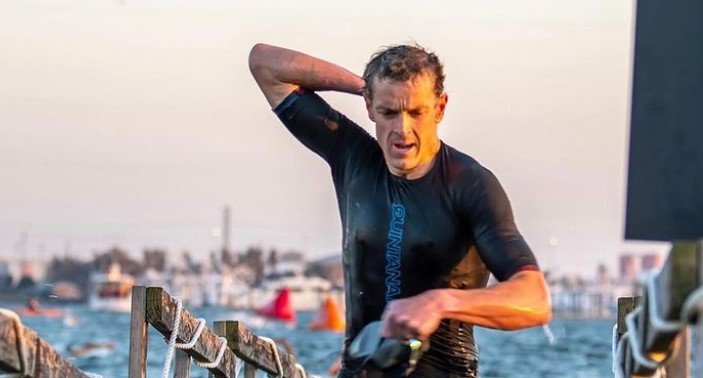 Matt’s list of achievements so far includes Five IRONMAN wins (including three North American Championship titles in Texas). Five half-distance triumphs, the world record overall time at an IRONMAN-branded race (7:39:25), and the quickest marathon ever completed after getting off the bike are among Matt’s accomplishments (2:34:39).

Matt was definitely destined to be a triathlete from birth. He has since trained and become one of the world’s most powerful athletes, establishing course records and placing on podiums from the beginning of his career.

Matt was a former professor of ‘exercise science’ who left academia to compete full-time. He understands the active body at a deep level, which gives him an advantage as an athlete himself.

One morning after completing a bike-run blok, heth difficulty walking and couldn’t get out of bed. It forced him withdraw from the race from the much anticipated Kona. He explained: “The fact that it happened at that time was really frustrating, but it also forced me to go back and look at some of the symptoms I’d been feeling for a while. It resulted in discovering a long-standing problem with my SI (sacroiliac) joint.”

A triathlon was just on his list of ’50 Goals to Achieve in the Next 10 Years,’ and that was enough motivation for him to sign up for his first race! His high school wrestling coach forced him to write, how he qualified for Kona in his first race, and how he fell in love with the sport are all detailed in the book. He quit his work as a professor of exercise science only six months short of tenure, but he was burning the candle at both ends. He decided to go all-in as a professional triathlon.

His broad athletic history and comprehensive education in all things sports-related have earned him the title of “sports guru.” Matt is a former wrestler who has pursued a career in running. Running has always been a hobby of his. Matt established three run course records in 2014, his first year as a professional, and went on to win the Ironman Chattanooga. Since then, he has amassed a total of ten professional victories, including three North American Championship crowns. With a time of 2:34, he also holds the record for the quickest marathon run off a bike.

Matt Hanson as a younger triathlete

Matt raced in his first triathlon in 2011 and became a professional triathlete two years later. Matt was born to be a triathlon and has since trained to become one of the world’s strongest athletes, setting course records and placing on podiums early in his career. In addition to his triathlon training, he loves teaching and instructing other athletes.

He started jogging at a young age to be able to spend more time with my father, which he eventually accomplished. He and I would go for a run together as soon as he came home from work, which meant that he would take me together for him on his warm-up run. When he was in elementary school, he was following him for the whole run, and by high school, I was leaving him off after my warm-up was through.

How old is Matt Hanson

How tall is Matt Hanson