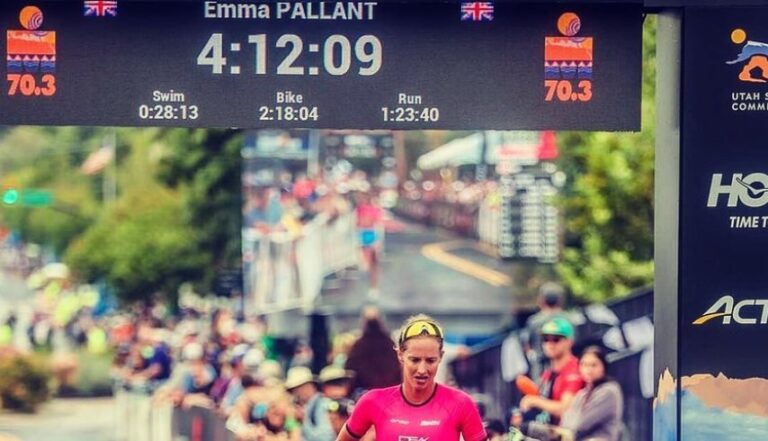 Emma Pallant is a professional triathlon athlete, coach, and physiotherapist all rolled into one. When she transitioned from middle distance running to triathlon in 2012, she did it hobblingly. Still, she has since amassed some impressive accomplishments. This includes the 2014 British National Triathlon Championship, a top ten finish at the 2015 World Triathlon Championships, and her Duathlon crowning achievement.

Emma Pallant-Browne is now one of the top athletes in her field. She is widely considered one of Britain’s most promising talents. Her career highlights show that she is more than capable of achieving even greater success in the future. With her wealth of talent and experience, she will be a vital member of the British team for many years to come.

She has won many world championships. Including the 7 x IM 70.3 wins in 2019 alone and 6x victories from 2018 – 2017 with 1st place finishes both worlds’ Duathlon Championships (2017) and has also taken on behalf of European Xcountry race records setter in 2011.

Emma Pallant-Browne is a talented and successful athlete who has achieved many impressive career highlights. She began her sporting career as a young child, competing in a range of track and field events. Her skills quickly developed, and she soon became one of the top athletes in her age group.

She was so attracted to running after the 2012 London Triathlon that she decided to forsake her work as a physiotherapist and go full-time. She then traveled to Australia to live with her coach and her husband.

As a professional Triathlete, she has won two Duathlon World Championships and 17 Ironman 70.3 races in her brief career. In addition, she has fine-tuned her swimming and cycling abilities to the point of excellence.

-Emmas had had an impressive seven IM 70.3 wins in 2019, while in the year before were not a bad six victories in the same category of the competition.

As a younger athlete

Emma had trouble swimming, which at times caused her to drop behind. She likes to track her accomplishments every day, including up to three points, to focus on improving. Emma has always been someone who pushes herself to the utmost limit. She understands the importance of listening to her body. Emma describes how she got into endurance sports as a youngster and how her mother was highly supportive of her joy. Emma’s mother was incredibly encouraging, taking her to a trainer who encouraged her to enjoy running fully. Emma discusses the ways university study improved her sport after attending college.

Emma comes from a professional running background and discovered triathlon while recovering from knee surgery after winning the IRONMAN 70.3 title twice. She now lives in Johannesburg and London. Her significant aims are to return to the IM 70.3 World Championship podium and claim another World Duathlon crown.

In 2018, she finished third in IRONMAN Austria, a promising start to her full-distance racing career. However, due to her knee difficulties, she competed even more remarkably.

Before the London 2012 Olympics, Emma had barely lost out on the spot in the Beijing Olympic team in 2008. But she was forced to withdraw from the 5,000m Olympic trials due to a knee injury, her latest setback.

Because she liked the cross-training element, her running coach pushed her to enter the London Triathlon while recovering. She had never ridden a road bike before, but her inspirational coach, who has been an important influence since then, assisted her in catching up quickly.

It wasn’t long before her coach pushed her to try the sport; by this time, her injury issues had primarily gone away, and she gave up work to pursue a full-time pro career. She first made a name for herself on the ITU circuit when she raced in sprint triathlons.

She struggled through a difficult start to her 70.3 Brazil race, and she was on track for victory until she fell ill with 1 kilometer left and a five-minute lead. Following the setback, they enjoyed a surge of success. It was an excellent year for her, who retained her World Duathlon Championship while winning six short distance events.

A successful 2018 saw Emma triumph in many 70.3 races, including those in Barcelona, Dun Laoghaire, and Staffordshire (UK). With a third-place result in Austria, she became the first woman from the United States to complete an entire IRONMAN triathlon.

In 2021, Emma triumphed in IRONMAN 70.3 Boulder before the Collins Cup, which looks even better than it did at the time.