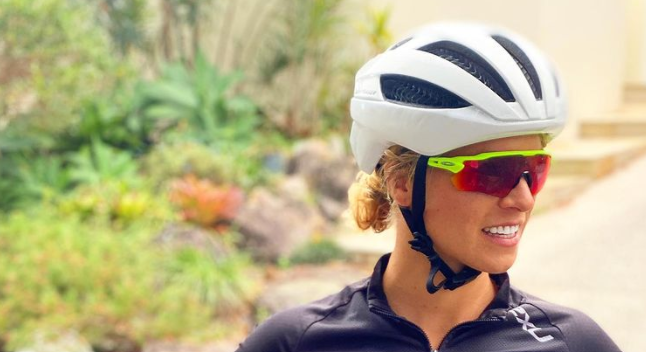 Hannah Wells believes that caring for her body and science are synonymous. As one of the best Ironman triathletes globally, Wells has a meticulously disciplined approach to her planning, preparation, training, and eating.

Wells, with a Ph.D. in biotechnology, famously takes a scientific approach to her training. “Science is important to me,” Wells remarked. “If I’m going to use a product to help me prepare, I want to know the backstory, the thought process, and the methods to create it.”

Wells has maintained a laser-like concentration on her competitive career, achieving excellent outcomes despite 2020’s delayed timetable. She came in second at Challenge Wanaka in her home country of New Zealand, then won the Ironman 70.3 Geelong near Melbourne, Australia, a week later.

That outstanding performance elicited a mixture of pride and regret on short rest. The triumph made her a name to watch for the world championships in Taupo, New Zealand’s North Island. Unfortunately, the event was later canceled. Depriving her of what would have been a memorable and emotional experience – and a significant momentum forward.

Wells is not only an athlete capable of extraordinary endurance feats, but she also has a scientific bent on her intellect. She has a Ph.D. in biotechnology and worked for Massey University’s School of Engineering and Advanced Technology. During her post-doctoral study, she dissected sheep arteries to uncover patterns and advances that would improve the quality of human skin transplants; pretty cool.

Meanwhile, Wells’ natural scientific curiosity means she approaches nutrition and preparation differently from some competitors. “It’s critical to get it properly,” Wells explained. “It’s difficult because so much goes into it, and it’d be easy to just take something because it’s said to be nice. Because I understand science and come from that background, I really try to take it to the next level.”

Wells believes firmly in the importance of flexibility. She discovered that, like athletes, manufacturers needed to be adaptive. On that topic, she teamed up with ERW, the company behind the ERW Active sports supplement. My Flight Pack, a market-leading jet lag remedy, was developed and distributed by ERW. When the travel sector came to a halt, the company sped up the debut of its ERW Active collection, which employs identical techniques but different chemicals to nourish endurance athletes.

After making the switch, Wells noticed a substantial improvement in her hydration practice. She attributed to the women’s engagement behind ERW Active, including world-renowned Michelin star chef Hannah Grant and sports-hydration pioneer Dr. Stacy Sims.

“It takes a lot of the stress off competing if you can show up at the start line knowing you’ve done everything you can to be as strong as possible,” Wells added. “This applies to both your exercises and the way you refuel.”

“I put forth too much effort to accept anything less than the best.” The difference between attaining your dream and having your heart shattered is a tiny edge, something that impacts you by even 1% and makes you feel good and confident.”

The effects of ERW Active were most noticeable to Wells during the Geelong race, which was the final race scheduled of her season.

She didn’t expect to be able to perform at her best so soon after Challenge Wanaka, and the triumph was the most joyful of shocks.

Grant is the ERW co-founder who previously worked extensively with cyclists in the Tour de France. He also masterminded the “Eat. Race. Win.” cookbook and the Amazon Prime series of the same name. He said, “Our research is behind everything we do. We were exhaustive in figuring out how to help the body recover from periods of stress. We worked out how to swiftly bring tourists back to their best, and now we’re doing the same for elite athletes like Hannah.”

Wells was drawn to ERW’s objective of avoiding superfluous additives and artificial flavorings. Later, she included the range in her training and race approach. She is looking forward to the Ironman program. She may be reverting to a more normal pace, with renewed optimism – and a new element to her dietary base.

Hannah Wells as a Younger Triathlete

Putting her academic abilities aside, for the time being, she no longer needs to get up at 5 a.m. every day to incorporate training into her schedule. She won all nine races she entered in 2019. Most of them half Ironman distances of 70.3 miles (1.2-mile swim, 56-mile bike, and 13.1 half marathon run).

How Old is Hannah Wells?

Hannah Wells was born on September 26, 1990, making her 31 in 2022. She swims, and bike rides to train along with running. Wells prefers to train primarily alone but has a small team of Bevan, Bevan’s wife, her partner, and a physio from time to time. She believes a small group is all she needs.

How Tall is Hannah Wells?

As of March 19, 2022, Hannah Wells has many sponsorships. Garmin, Subaru, Myovolt, and Form are to name a few. “I want to motivate people to push their physical and mental limits, and inspire them to explore this breath-taking country we call home,” she said in an interview with Subaru.

‘The science matters to me:’ How Ironman Triathlete Hannah Wells Fuels Her Body. (2021, Mar 24). Retrieved from ERW Active: https://erwactive.com/blogs/news/the-science-matters-to-me-how-ironman-triathlete-hannah-wells-fuels-her-body