Athlete Breakdown: Who is Gustav Iden? 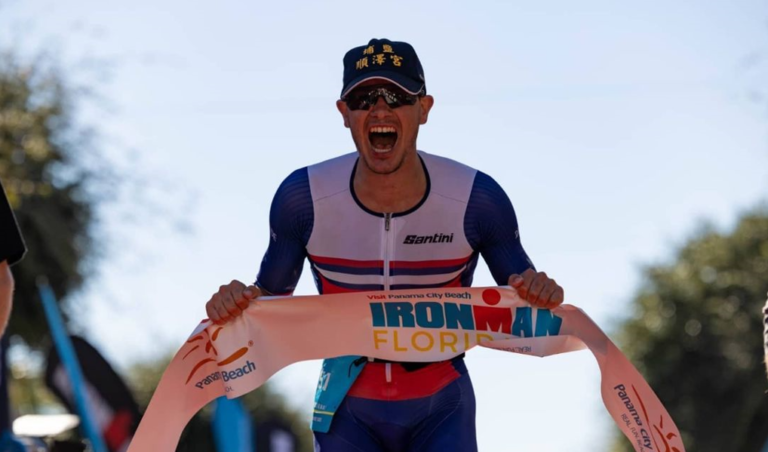 Iden really cemented his elite reputation back in 2018. Back then, he won World Cup wins at Weihai and Lausanne. It was the first time people took notice of Gustav Iden and all his dominant abilities in running and in cycling. It was in the same year that Iden also became a part of the World Triathlon Bermuda podium when he finished third behind his Norwegian colleagues, Stornes and Blummenfelt.

Before the big gold medal at the 70.3 World Championship victory in 2019 in Nice, Gustav Iden also won a bronze medal at the World Triathlon Bermuda. In December, 2020, Gustav Iden attended the Inaugural PTO Championship in Daytona where he once again showed off his superior abilities as he coasted to a historic win. But that was not enough for the young Iden. He then showed off his abilities in running and cycling once again in 2021 and easily won the race, the Inaugural Collins Cup in Samorin. In the same year, he won another big gold medal in St. George at the 70.3 World Championship.

Here are some of the biggest achievements during Gustav Iden’s career:

If you thought that Gustav Iden’s career could not be more successful, you have to think twice. Gustav Iden did not only win different Ironman World Championships and the Ironman Hawaii competition against other famous triathletes such as Max Neumann, Kristian Blummenfelt, Joe Skipper, Sam Laidlow, etc. He did also manage to rip up the record books and become the Ironman World Champion in the fastest time ever recorded at Ironman Hawaii. The Norwegian triathlete superstar finished in  7:40:24 to smash Jan Frodeno’s record in 7:40:24. He is now the second Norwegian to win the men’s world title and the first to do so in Kona.

With approximately 8 miles to go to the finish line, Gustav Iden broke away from his training partner, Kristian Blummenfelt, and Iden caught longtime leader Sam Laidlow within 4 miles of the finish. Iden really showed off his amazing abilities in the high Hawaiian temperatures when it all mattered.

Gustav Iden as a young athlete

Gustav Iden grew up dreaming of being a professional cyclist. He was influenced by his father, who back then was the head coach of the local youth cycle team. He was also inspired to be a professional cyclist by his brother and sister who were a part of the local youth cycle team long before Iden himself. Meanwhile, Iden was also focused on being the best at running and gave it all to be the best at both cycling and running. It all went really fast when he became part of Norway’s Junior National Team. However, it was first when Iden was a part of Norway’s Triathlon Program that he started being interested in swimming.

As a young athlete in 2014-2015 (18-19 years old), Gustav Iden won his first ever national titles in both triathlon and duathlon before he finished seventh in the 2015 Junior World Championship in Chicago, USA. After two years, he then entered the elite category in 2017 where he also won his first event, Karlovy Vary ITU World Cup in Czech Republic.

Nowadays, Iden is known for being the youngest ever to win the 70.3 World Championship when he won it at the age of 23 years old. And even before that win, he ended up in third place in the World Triathlon Bermuda in 2018.

How old is Gustav Iden?

How tall is Gustav Iden?

Who is Gustav Iden sponsored by?

What’s up in the future for Gustav Iden?

As in 2022, Gustav Iden is still a relatively young athlete (26 years old) with many more years to come. Iden has the world at his feet as he looks like one that doesn’t have any intention to stop. His next big goal for the future is, according to himself, that he is seeking for another long-course competition and of course another Olympic race at Paris in 2024.